Maple tree sap is beginning to flow with some below 32 degree nights and above 32 degree days. Hopefully we will get a nice supply for Chef to use in something special this season at Glen Echo. 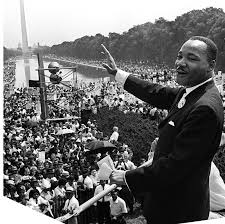 I've never posted on Dr. King's Day. I've thought about the man over the years and respected his work.  The movement that helped to transform our country over the last 50-60 years was so important and necessary.

I remember being in 4th grade and outside playing that evening when Dr. King was killed. I was out playing with a neighborhood friend in Desoto where we lived. I came in and saw the news and I think my comment was something like that is terrible, or bad, along those lines. My friend said to me

Why did I care? I guess I was 11 at the time and was a current affairs geek. I was raised in a family of inclusion and equality. My parents went to high school in a small town that was known not to have African American people living within its limits in Southeast Missouri but you would have never known that from my upbringing. Never heard the stereo typical derogatory names used around my family. I think if I would of used those words I would have gotten my butt whooped good. I grew up around African American coaches and athletes which my dad worked with and coached and taught along side. We became friends, we became brothers when my parents became guardian for a young man when I was in Junior High School. We were teammates during my athletic years where we shared the thrill of victory and the agony of defeat. We broke bread together, we partied together, we chased girls together, we did everything together.

When I started working I became responsible to parents and their kids who rode my buses, teachers/principals at schools who I worked with as well as colleagues/employees and upper management individuals who I reported.

Of course in the golf business I have customers, peers, vendors, staff and now members from many backgrounds and faiths, everyone deserves equal respect and treatment no matter what your place in society.

Most supers are questioned what do you do in the winter. Well, staff is in the middle of vacations, sick days(germs from kids and pass it around the group), education which I showed you in December with more to come, and repairing our supplies that are on the golf course. Tee markers, trash cans, benches(personally think we should get rid of half of them), driving range bag stands and etc. Some of the time is spent just recovering from 6-7 day a week solid grind from the end of March through parts of November. Everyone up with 4:00-4:30 a.m wake up calls 6 days a week for all staff/management.

This past year had its challenges but also some major successes which are displayed in the video below. The loss of Lady this past spring shook my world, 17 years of habits were hard to break, others within our club suffered much greater loss. One of the things they all talked about though was that they could not have done it without the support of their family at Glen Echo. The help and support during their struggles and grief were the only thing that kept them going.

I brought this video back out of the archives because of the new year, new beginnings, a new start. We have a couple months of recharging and planning to do to get our year started out right. I know our young guns are getting recharged and looking forward to another great year of golf at Glen Echo.

We will begin our Friday night dinners on January 13th. We plan on doing some things for the kids in the Pub and Olympic Room area of the club that night and every Friday night during the shutdown period. Movies, putt putt, games, a chance for you to come to the club visit with friends and have some activity for the kidos.

Happy New Year and thanks for your support!

Posted by Glen Echo Country Club Grounds at 9:22 AM No comments: