Work continues on the Metrolink ditch project.  A construction road is being built along the right side of #1 near the fence.  Once the road is complete, the two large oaks forward and right of the first tee which died over the summer will be removed by the contractor.  Also, five silver maples on the mounds on the right side of the hole from about the 160 yard mark down through the 120 yard mark will be removed as well.  Brush and trees in the ditch area 350' long will then be cleared between the fence to the metrolink tracks.

Our Golf Course Master Plan called for a widening of the fairway at the dogleg and the mounds will be replaced.  The fairway will be widened by approximately 5-8 yards.  Our staff will install two large drains and a catch areas will be shaped to help capture water that crosses into the area from #18 and the left side of #1 and will be piped underground into the creek.  The soil from the mounds will be used to create a graduated rising slope toward the fence.(2-3')  New fescue rough will be installed in this area which will help to slow balls from entering into the fence and out of bounds.  Once the project is completed, the rock will be removed and used on the right side of our range and in our parking lot area to provide for a solid surface for our equipment.


Posted by Glen Echo Country Club Grounds at 11:34 AM No comments: 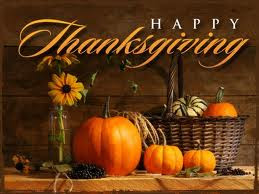 Just wanted to take a moment to thank all of you for your support and wish you and your family a full belly over Thanksgiving.  Bird went in the oven at 6:30 a.m. and course is ready for everyone to enjoy over the next few days.   Great weather for the Turkey Day Tournament on Friday starting at 11:00 a.m.  Come out and play and then have your better half come by for some Black Friday 1/2 price Martinis in the pub that evening.  Sounds like fun to me! 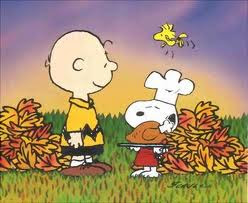 Posted by Glen Echo Country Club Grounds at 7:32 AM No comments:

Our collars have had their troubles over the last few years and we need to reduce the amount of turf loss that has been occurring.  Additional aeration over the next 6 months will encourage and improve water infiltration and root development which will strengthen the plants.  The reduction of compaction also discourages poa annua which infests the collar/approaches.  Poa annua has shortened root systems in the summer and also has a number of diseases that can affect its overall health.

The staff used our walking aerator over the last couple of days and aerated the green collars and approaches with a 1/2" solid tine.  My intentions are to do this another 3-4 times next spring before summer rolls in along with the normal coring and needle tinning that we utilize as well.

Water management is also important for our collars to remain healthy.   Proper amounts of moisture to support health cannot be applied by the overhead sprinklers by themselves.  Wetting agents and extra hand watering must be utilized to reduce the water stress that our collars experience.  We also need to reduce the amount of Bermuda that is encroaching our collars from the green surrounds.  Early and regular applications of a pre-emergent called Tupersan will be utilized again this year.  We have used it in years past with some success but it has not been used on a consistent basis to reduce the impact of the Bermuda.  We will also need to cut out and spray some of the intermediate areas around greens.  The large areas of Bermuda on some of our greens surrounds provide a regular supply of runners that try to invade the collars.

Road has been completed back to the dump area and trees/brush are being removed from both sides of the ditch along the driving range to within about 50 yards of the front corner of the range tee.

The Metrolink project has started in our maintenance area and into the long driving range.  They are building a road from our maintenance area into the back of the driving range that will take them to the staging area in the back left corner of the driving range. The bins will be replaced, fence put back up but the road will be left in place which will give us a permanent road back to the dump area during winter and or wet conditions which will be very helpful for our operation.

During the project, you may expect dump trucks, flatbed trucks and other equipment will be coming into the club from St. Mary's Lane and coming out of our maintenance building area on a regular basis.  The work hours should be between 6:30 a.m.- 4:00 p.m. Monday thru Friday.  For your safety, please allow trucks to exit St. Mary's Lane before you enter with your vehicle.

Posted by Glen Echo Country Club Grounds at 8:34 AM No comments: 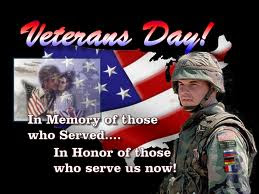 For those who have served or are currently serving our country, thank you for the sacrifices you have given for our freedom.
Posted by Glen Echo Country Club Grounds at 11:08 AM No comments: 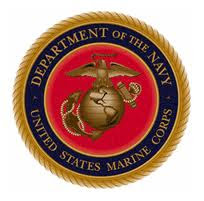 I'm sure we have a member or two who are Marines, or a relative.
Happy Birthday Marines  November 10, 1775 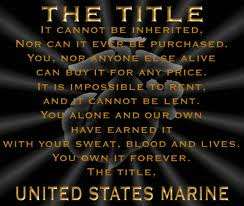 Frost and or frozen grass

Late fall and winter golf is interrupted on a frequent basis due to frost and or frozen turfgrass.  Early/light frost covers the blades and can be damaged more cosmetically if walked or driven upon.  As temperatures begin to drop further, the individual cells of the blades can become frozen and traffic can lead to plants being damaged severely and or die.  For these reasons, the course will not open until until the frost has lifted.
In an effort to respect your time, I would recommend that you call the pro shop if you have times before 10 a.m. and the temperature is below 40 degrees.  We will make every effort to give the pro shop an approximate time when play might begin.

There are occasions during the winter that the temperatures are cold enough to where the grass blades remain frozen and the course will not be opened.  We do not have a large number of winter players on the course but there are a few who are hardy enough to try to play during some of the colder periods.

The course will also remain closed when greens are covered with snow and or ice.  There are also times when the turf is clear of snow and ice but the greens are softening from the freeze that begins to come out of our soil push up greens.  Roots can be sheared and long term damage may occur.  I will make additional posts regarding this issue when we get into the winter thawing periods of the year.

Below is a very informative video from the USGA regarding frost and the damage that can occur from both foot and cart traffic on frost covered turf.

Carts on paths for the winter season

With the fairways going dormant and conditions becoming wet from the rain over the last few days, all carts will be required to remain on the paths the rest of the fall and throughout the winter.

We will allow individuals who have been given  red flags during the main golf season to receive a flag as well during the winter when conditions are dry enough to allow access onto the fairways without damaging turf.

Zoysia does not handle wear and tear well during its dormant period and could be slow to come out of dormancy in the spring when everyone is excited about the new golf season.

We will allow carts off of the paths in the spring when we begin to get growth that requires mowing.
Posted by Glen Echo Country Club Grounds at 1:08 PM No comments:

Overall, our weather was particularly good in October.  Warmer than normal temperatures and less than normal rainfall made for some nice golf days.

Posted by Glen Echo Country Club Grounds at 11:06 AM No comments: